Sky Scaffolding have erected a two-tier stage scaffold for a performance at Stratford-upon-Avon College in Warwickshire.  The scaffold structure was decorated and incorporated staircases to allow performers to access the upper level. 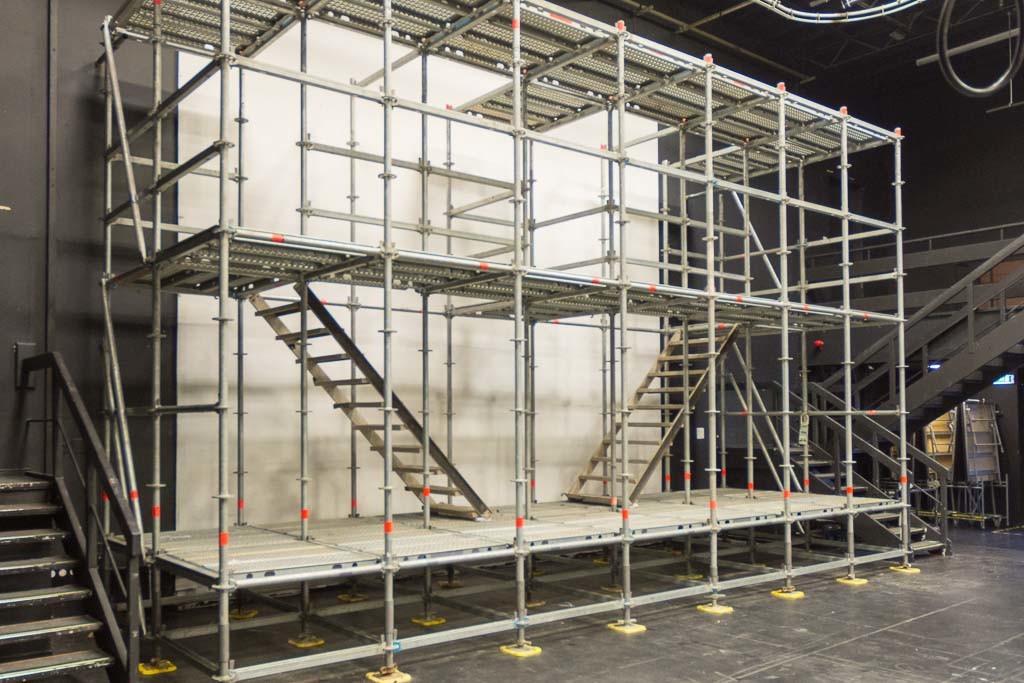 The college approached us with a sketch of what they required, which was a two-tier scaffold with staircases, with space for 7 performers across on each level.  We employed the Layher Allround system scaffold and constructed the stage in 1.09m square bays and standard 2m lift heights.  Layher platform staircases were added at the back for a simple solution to our client’s requirements.

This was not a structure that would meet the requirements of the construction industry.  Our client requested that toeboards were left out, only single handrails to the upper level and no handrails on the lower level to facilitate their production.  We advised them that this is not usual practice, highlighting the increased risk of falls from height for users of the scaffolding.  The increased risks were noted by the College and the dangers communicated to the performers.  The scaffold was signed off as a special use structure with the non-conformances to NASC TG20:13 noted on the Scafftag and handover certificate.