Sky Scaffolding Midlands Ltd have provided a bespoke access scaffolding system to allow for vital repairs to take place at an underground service reservoir in Shropshire. 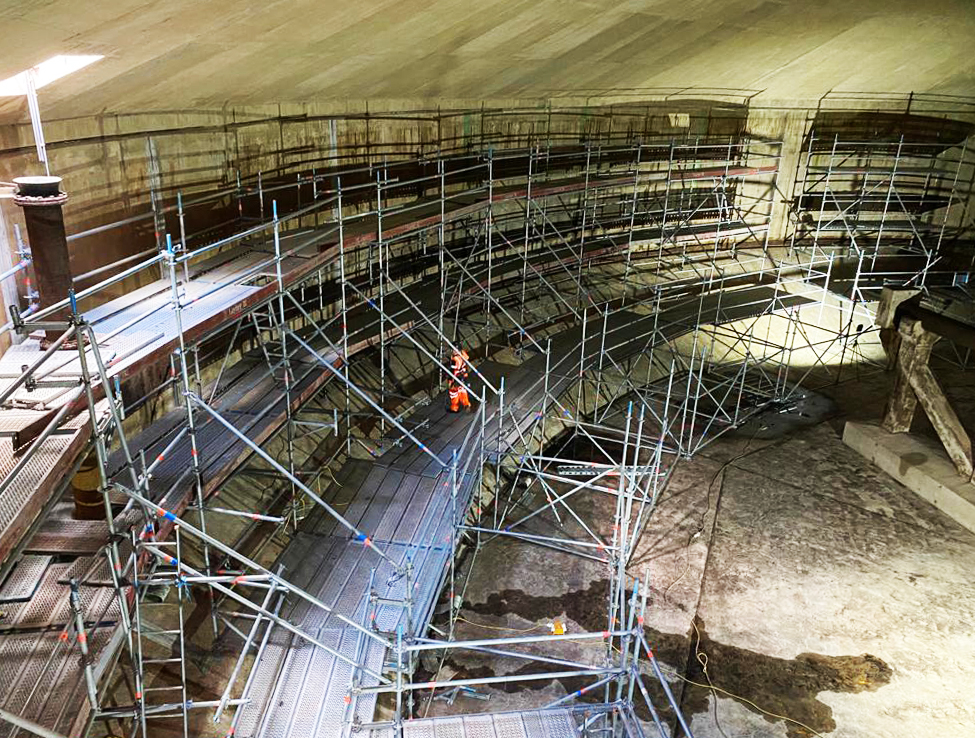 The service reservoir had been inactive for several years and deemed surplus to requirements. Recently, a decision was made to reinstate the underground water storage tank to aid the supply of clean drinking water to people’s homes in the surrounding area.

In order to start using the reservoir once again critical maintenance was required to ensure the tank was sufficiently sealed and fit for purpose.

Both external and internal access scaffolding was required to seal and repair any cracks and damage within the joints of the reservoir to ensure it was fit for purpose.

Due to limited internal tank access via a small one man hatch, the distribution of materials to create the scaffold structure within was a slow process as each individual item had to be passed carefully through the hatch into the tank before the scaffold could be erect.

A six week period was agreed for repairs to be made to the tank, including time spent to both erect and dismantle the scaffold. Due to the short timeframe allocated, Sky Scaffolding used Layher system scaffold to provide a quick and easy access solution which allowed the deadline to be met.

Sky Scaffolding were originally asked to erect the internal scaffold in four stages due to the limited space within the tank and restricted access for materials. Initially each stage was due to be erected and dismantled one stage at a time, gradually progressing around the circumference of the tank whilst repairs took place. However, this process changed due to the short project timeframe. Sky were instead required to erect two of the four stages at once, covering half of the internal reservoir in one go.

Once the repairs were complete on the first half of the tank, the existing scaffold was then dismantled and erected on the second half of the tank to provide access for the remaining repairs. This proved the most efficient method to allow for repairs to take place continually around the 124 meter tank circumference without any interruptions. 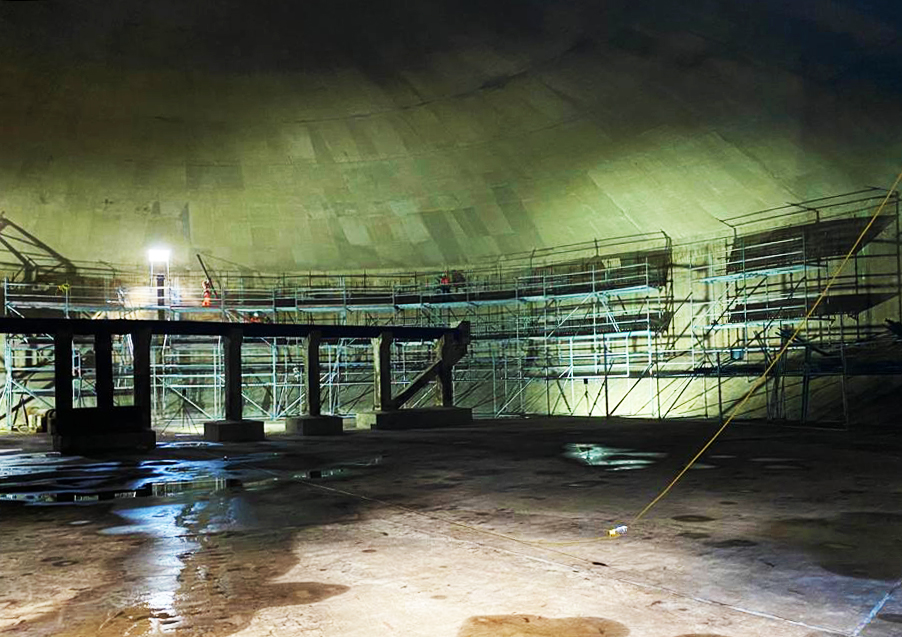 Due to the unusual environment in which the scaffold operatives were working and the limited space available to distribute materials, each worker was required to hold a confined space training certificate before they were allowed site access.

Sky Scaffolding have a wealth of experience in providing a variety of access solutions for all types of projects. If you think that this or a similar solution may be suitable for a project you are working on and would like to discuss your requirements further, please call our Estimating Department on 01926 400 900.